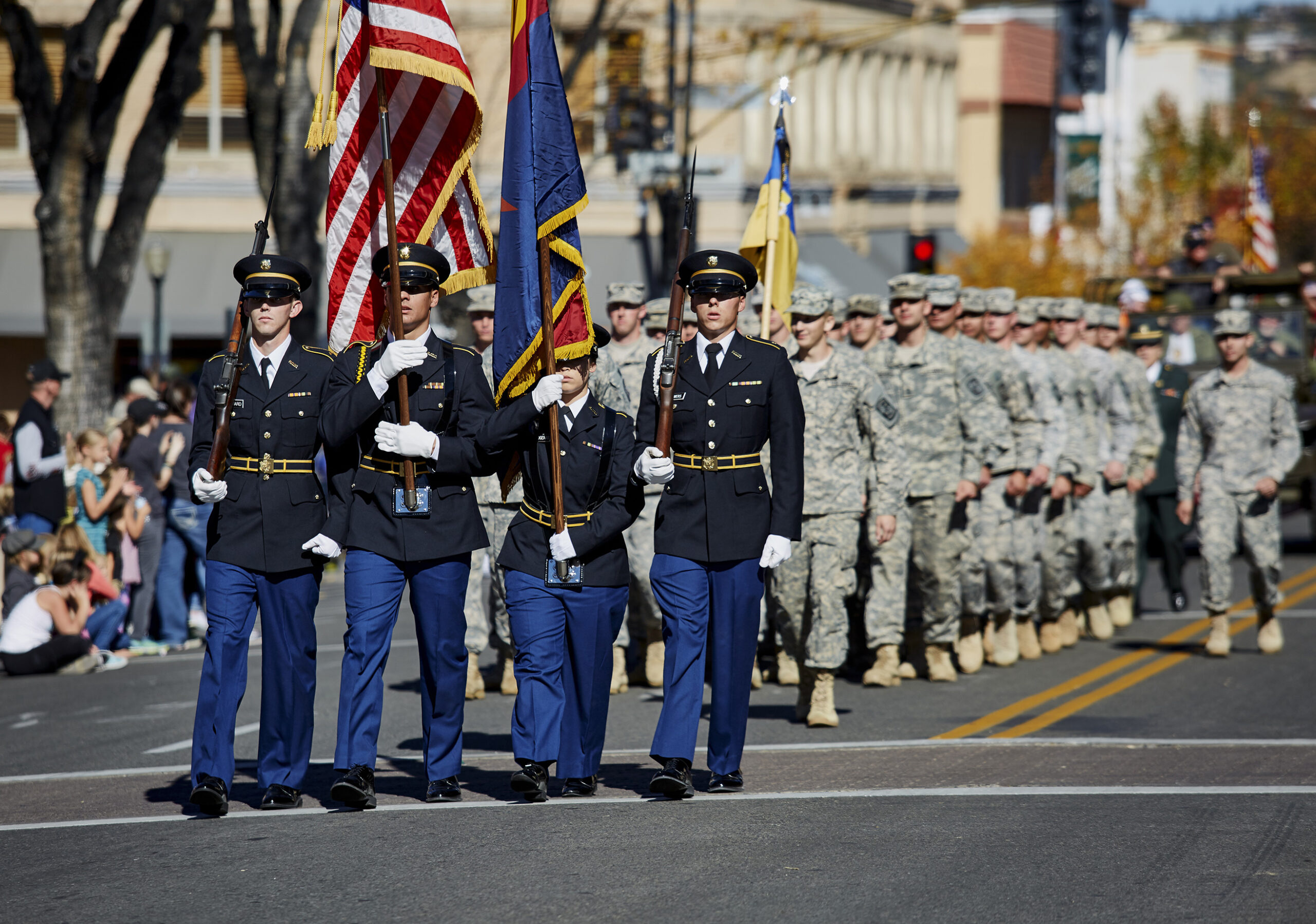 The parade’s organizers were looking to enhance pride and patriotism among Coloradans by improving the Veterans Day parade experience. They wanted to increase the number of parade participants and spectators, while making the parade itself more exciting by adding unique elements like horses and floats.

In addition, several logistical issues from previous years needed to be corrected, including critical street closures, the configuration of the review stand, and the audio along the parade route.

In August 2019, The Source was hired to lead the Veterans Day parade project from start to finish. With less than three months to plan and execute an event that would include more than 3,000 participants, this parade provided the perfect opportunity to showcase their large-scale event planning expertise.

Founder/President Kristin McFarland and her team immediately got to work on planning the parade’s countless details. Every aspect of the event was mapped out, including how it would be accomplished, when it should be completed, how much it would cost, and who would be responsible.

In order to secure the proper permits and nail down event-day logistics, the team at The Source coordinated with Denver police and traffic control, the city’s office of special events, the local fire department, and medical personnel. They worked with more than 85 separate organizations — including parade participants, sponsors, and media partners — to finalize promotional activities, event-day schedules, staging assignments, and more. They also created a detailed safety and security plan to ensure the well being of parade participants and spectators.

Following are a few key elements of the parade’s event-day execution:

1. Participation by VIPs and local celebrities. Blind Vietnam veteran and international artist Jim Stevens was named the parade’s Grand Marshal — and later honored as KDVR/Fox31’s hero of the month. Jeremy Hubbard and Aristea Brady of KDVR/Fox31 served as the parade’s emcees.

2. Improved stage configuration. Parade emcees and VIPs are seated on a covered stage throughout the event. In prior years, the stage overhang was low enough to block their view when they stood to salute veterans on the parade route. The Source created a better stage configuration to alleviate this problem.

3. Enhanced audio along the parade route. Every spectator should be able to hear the parade’s audio content — not just those near the review stand. Working with SpotOn Productions, The Source set up delay towers to enhance the audio coverage all along the parade route, ensuring that everyone could experience the day’s heartfelt tributes.

4. Aerial footage captured by drone. Because the parade route passes numerous federal buildings and the state capitol, drone flights are typically prohibited in the area. Working in partnership with the office of special events, Denver police department, and traffic control, The Source was able to secure approval fora planned drone flight and capture some incredible aerial footage of the parade.

5. Revenue-generating sponsorship program. The Source developed a unique sponsorship program to drive revenue and help cover the cost of the event. They created a low-cost, high-impact series of banner sponsorships, which raised sponsor visibility and increased the number of sponsorship opportunities. They also generated revenue and streamlined parade parking through a strategic partnership with Spothero.

6. Coordinated signage. To ensure a great event experience for every attendee, The Source created coordinated signage for the entire event venue, including way-finding signs for parking, port-a-lets, etc.

The 2019 Veterans Day parade was a success by any measure. More than 3,000 individuals from 85+ organizations took part in the event, including marching bands, drum lines, and numerous veterans organizations. In keeping with the organizer’s goal of making the parade more spectacular, the event featured more than 20 horses, numerous floats, and several military vehicle displays — including World War || classics. The parade drew more than 40,000 spectators, an increase of 33% over previous years.

Improvements to the parade’s logistics — including better audio, coordinated signage, and streamlined parking — helped to enhance the experience for attendees. The drone footage captured during the event will help secure future parade participants and sponsors, by giving them a birds-eye view of this spectacular event. The footage will also help The Source become even more effective in planning large-scale events, as it provides detailed views of the parade route throughout the event — more than anyone could experience first-hand. 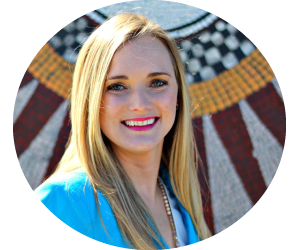 Kristin is the CEO/Founder of The Source Marketing Group. The marketing agency is focused on elevating female-, veteran-, and minority-owned businesses.